has been a language teacher for over 23 years.
She taught Spanish and Portuguese at UNM-Taos and at the College of Santa Fe. Isabel led Spanish Summer Camps at the Santa Fe Community College where she also taught English as a Second Language. Isabel has traveled in Argentina, Mexico and throughout Europe and lived in Denmark in the late 80's.
Her classes are lively and engaging.

"I have been very impressed with Isabel Carahal’s teaching ability with the Pimsleur method over the last year and a half. She is always well prepared, well organized and energetic in her classes. She cares for each student and intuitively knows the best way to help them understand and work through any difficulties they may be having. She is a genius for guiding students through ad lib conversations which help them use and understand vocabulary, grammar and sentence structure. She makes learning fun and stimulating by using interesting and novel ways of explaining difficult concepts. Her classes are fast-paced and lively. Before you know it the time is up and you’re looking forward to the next class." 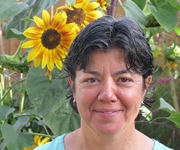 
Italian Native Speaker
Elisabetta Mazzantini is an Italian native from Rome. She is a linguist, who has been working as a freelance English-Italian translator and interpreter for over 30 years, as well as an Italian teacher. She has taught Italian as a foreign language since she moved to Santa Fe in 2000, initially at the Santa Fe Community College, and then with private students and groups.


"Elisabetta Mazzantini-Clark’s Italian classes are a pure joy. A highly educated woman, she is quick and very able to answer any question regarding Italian word usage, meaning, and etymology. Encouraging and patient, she opens each class session with time for students to ask questions about the Pimsleur CD recordings read for the session or for any general or specific questions the students may have about the Italian language. Students feel relaxed in her class and through her encouragement and guidance quickly find themselves conducting conversations In Italian with each other. Through her own efforts, she has prepared written transcripts of the CDs and sends these to the students after each class session which is a helpful way of reinforcing what was previously practiced in class. She also sends students typed notes of words and/or phrases discussed in each class session, another reinforcement. Her pleasant and cheerful manner has set a climate for eagerness to learn one of the world’s most beautiful languages." 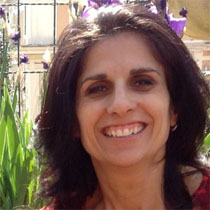 
Sylvie Cremezi is a French native and has been living in Santa Fe for twenty years.  She holds a Masters Degree in French Literature and Linguistics.  She has taught French as a foreign language for many years in England, France, and the U.S.   As a former dancer with a Masters Degree in Dance and a Doctorate in Philosophy of Arts from the Sorbonne in Paris,  she loves to interact with students as if in a performance.  She also holds a Ph.D in Anthropology and always brings some flavorful French culture to the lessons.  Let the learning and the fun begin.

"The several Pimsleur French classes I took with Sylvie Cremezi as our instructor were both fun and educational. Sylvie is a native French speaker originally from Marseille with several high level degrees from the Sorbonne. She has a very engaging personality, easily draws all students into the conversation, and uses a coaching technique very effectively to increase students’ confidence in learning the language. Her classes are designed not just to repeat the Pimsleur tapes but also to include interesting facts about the French language and culture. I have had a few French language courses in the past in secondary and higher education but I have never enjoyed learning the language as much as I do with Sylvie’s method. She puts us all at ease and motivates us to become fluent in this beautiful language." 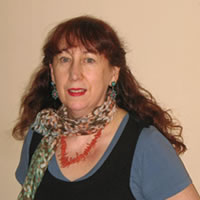